A new book on nanoparticles for scientists, students and technologists is now available 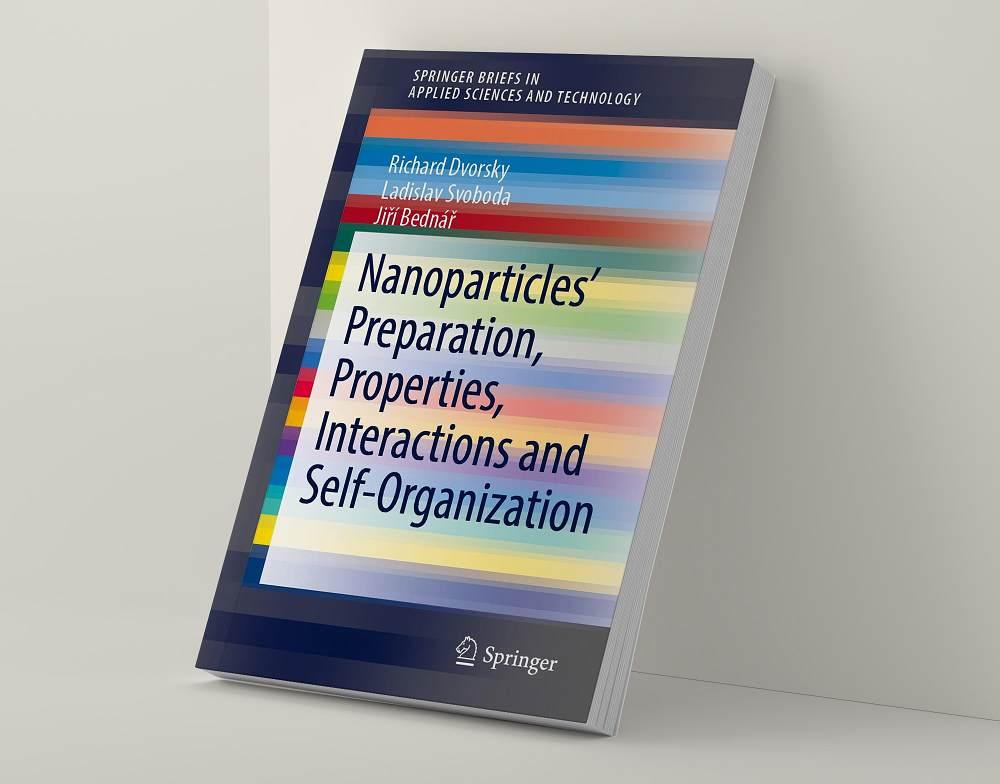 The world of nanoparticles, their physical and physicochemical properties, their mutual interaction, or their ability to organise themselves into higher units. These are just some of the areas covered in Nanoparticles' Preparation, Properties, Interactions and Self-Organization, recently published by Springer Nature.

The book was written by a team of authors led by Richard Dvorský from the Centre for Energy and Environmental Technologies (CEET) at VSB-Technical University of Ostrava (VSB-TUO).

Two years ago, Dvorský, a professor in materials science and engineering, who has been involved in the field nanoparticles for a long time, was asked to join a project to produce monographs on important areas of research and publish them at VSB-TUO. However, the original idea took on broader dimensions and the team of authors grew to include two colleagues - Ladislav Svoboda and Jiří Bednář.

“I saw the project as an opportunity to help myself and those around me to navigate the complex field of the physical and physicochemical properties of nanoparticles. Generally, the book is written in such a way that the description of individual phenomena and properties is as comprehensive and detailed as possible whilst minimising concepts or formulas 'presented for mere belief',” said Professor Dvorský, who works in the Laboratory of Nanoparticulate Materials of the Nanotechnology Centre (part of CEET).

At the same time, he had a unique opportunity to describe, in a comprehensive manner, the topic of self-organisation of nanoparticles in a new technology of controlled sublimation, which he and his colleagues are working on, and for which they have managed to obtain several foreign patents. This technology enables the preparation of sorptive materials with a large specific surface area of hundreds of square meters per gramme. These materials are prepared from deep-frozen aqueous dispersed nanoparticles at a controlled temperature within a vacuum.

“I do not know about a similar book that has been published in the Czech Republic, which describes in such detail the general subject of nanoparticles, and then has a special section related to the processes of the new technology of controlled sublimation. I therefore decided to offer the book for publication to Springer Nature, and they accepted it,” Dvorský explained.

The book is intended for experts in nanosciences and, with its special section on controlled sublimation technologies, also for nanotechnologists.  With its relatively detailed mathematical description of the properties of nanoparticles, it can also serve as a study material for master's and especially for doctoral students.

“Currently, we are also preparing its 'educationally friendly' incorporation into the upcoming broader study text Physics of Nanostructures within the field of Nanotechnology at VSB-TUO,” Dvorský revealed.

The book is currently available electronically. The printed version will be published in December 2021.