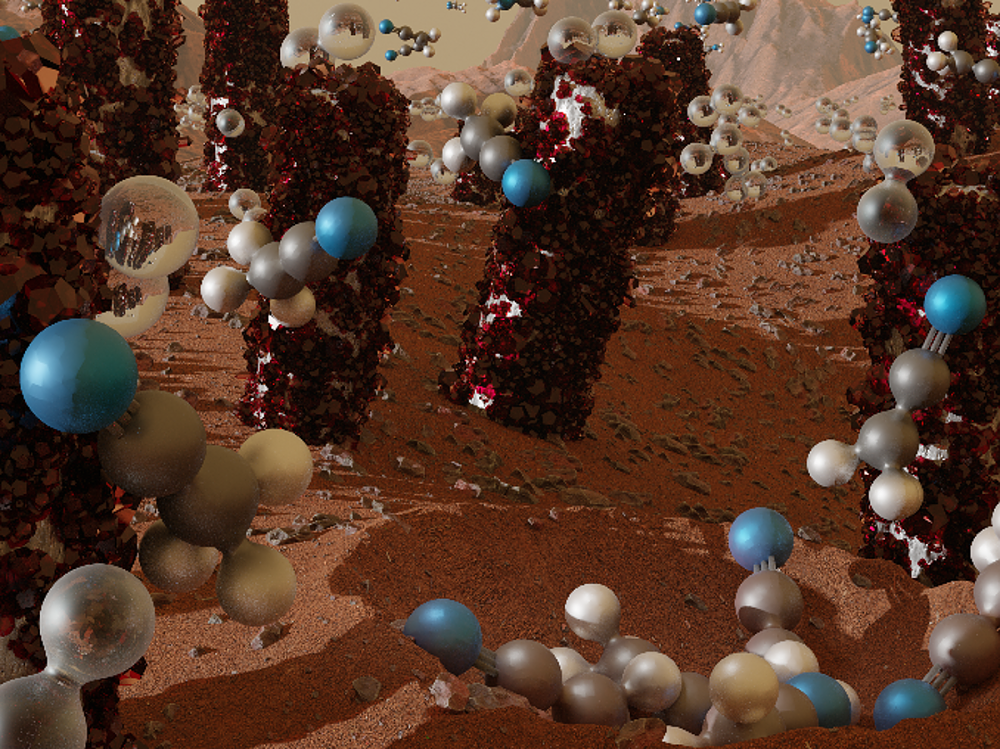 A collaboration between Czech and German scientists has resulted in a unique environmentally friendly nanomaterial, which can speed up and allow for the cheaper industrial production of many important pharmaceuticals and chemicals.

The results were published in the prestigious journal Nature Catalysis, and the team of authors included a representative of the Centre for Energy and Environmental Technologies (CEET) at VSB-Technical University of Ostrava.

Scientists from CATRIN at Palacký University in Olomouc and VSB-Technical University of Ostrava (VSB-TUO), together with colleagues from the Leibniz Institute for Catalysis in Rostock, Germany, have focused on the efficient preparation of several chemicals used in the pharmaceutical, agricultural, petrochemical and food industries using hydrogenation, i.e. a reaction using molecular hydrogen. One of the necessary conditions to accelerate these chemical reactions and achieve higher yields is the use of a catalyst. The aim was to develop a cheap and non-toxic material that could make the transformation of organic compounds more efficient and also cheaper. Currently, noble metals such as platinum, palladium or ruthenium are generally used for this purpose, which makes industrial production very expensive. Nickel can also be used as an effective catalyst; however, it is toxic.

“Together with our German colleagues, we studied the processes of hydrogenation synthesis of amines, which are often used as precursors or intermediates in the production of pharmaceuticals. In fact, more than 40 per cent of all pharmaceuticals contain amino groups. But amines also play an important role in the production of dyes, plastics, tensides, disinfectants and agricultural chemicals. In the development of the new hydrogenation catalyst, we relied on iron and silica, which are widely available, non-toxic and inexpensive materials,” said Manoj Gawande from CATRIN in Olomouc.

According to the researchers, the preparation of the new nanomaterial is cheap and technologically easy to transfer to an industrial scale. The material can be used repeatedly and is extremely efficient in synthesising a wide range of amines. “Thanks to its chemical composition and topography, it can be likened to the surface of Mars, only scaled down many times. Rod-shaped iron nanoparticles are precipitated from a quartz mass and form craters on the surface of the catalyst. The iron nanoparticles are coated with a few nanometres shell of iron oxide, which turns out to be crucial for achieving higher yields of amines. Equally important is the presence of small amounts of aluminium,” described Radek Zbořil, one of the corresponding authors of the paper, who works both at CATRIN and at the Nanotechnology Centre, which is a part of CEET.

Explaining the relationship between the chemical composition of the catalyst and its extraordinary efficiency was the biggest challenge for the Czech-German team. “It is an almost magical nanomaterial in which all components have a defined role. I believe that this joint work can have a major impact on the global effort to find an industrially viable low-cost catalyst that could replace the noble metals used so far. This process will also work in other important reactions using molecular hydrogen,” concluded Matthias Beller, leader of the German team and director of the Leibniz Institute for Catalysis in Rostock.

Scientists have successfully tested the nanomaterial on more than 80 organic reactions, including the synthesis of fatty amines, which are widely used in the production of agricultural chemicals, cosmetics, antimicrobials and a wide range of other products. Their market turnover is over 3 trillion US dollars.