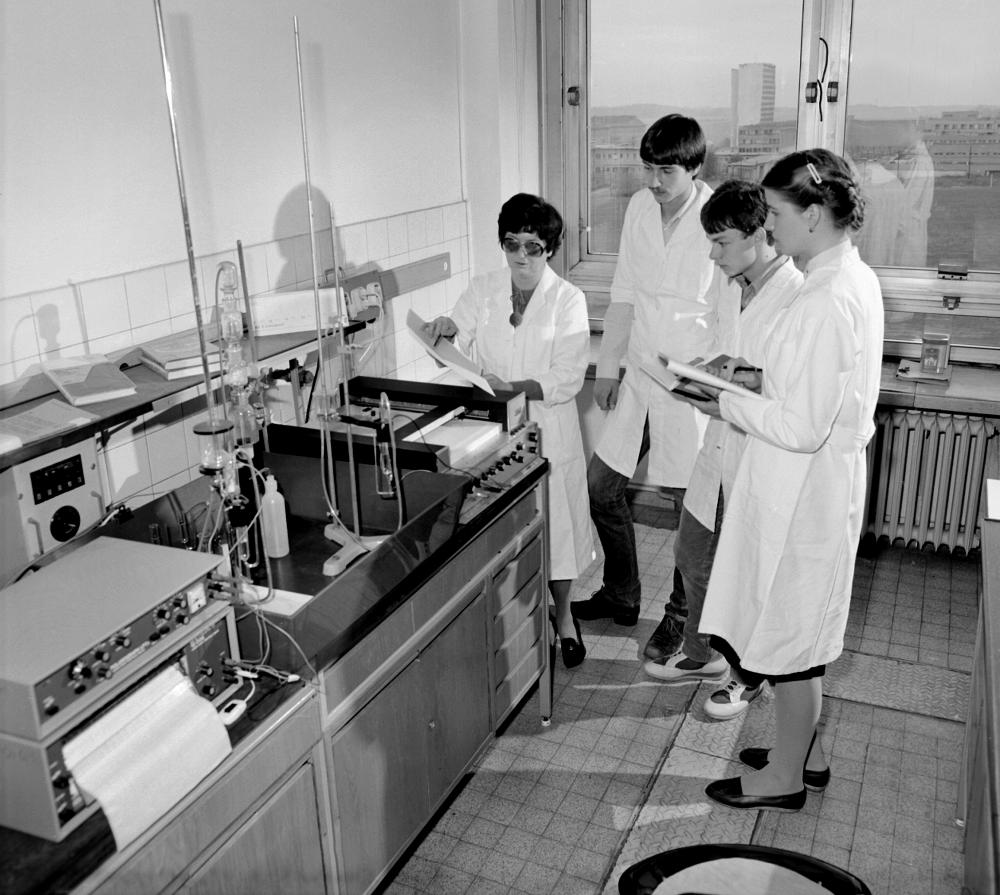 Although we are trying to improve and move forward as a university, we have not forgotten about our roots, tradition and history. That is why we decided to dedicate part of this magazine to that topic. Let us thus look back to the past and remember how VŠB-Technical University of Ostrava, which next year will be celebrating 170 since its foundation, was established.

We wish you a pleasant time in reading the following lines, which are not only full of fragments of the history of our alma mater, but which can also inform you about the events that took place at our university in time gone by.

One of the memorial "8" anniversaries or how VŠB-TUO was founded ...

This year our university in connection with the " 8 " anniversary reminds me of several significant events, which have significantly impacted the development of our school. In chronological order this deals with the 100th anniversary (1918) since our school was founded, the Munich Decree and consequent tearing up of the borderlands of Czechoslovakia (1938), the events of February and the communist takeover of power in Czechoslovakia (1948) and the occupation of Czechoslovakia by Warsaw Pact troops (1968).

If we look still further into the past, besides the above-mentioned significant milestone of the twentieth century, we can discover those events which have influenced our university, especially its foundation, and one more significant year. It was the year 1848 when a wave of revolution attacked the whole of Europe. Political and national aspects were the cause of the fact that at the beginning of the year 1849 the emperor decreed the foundation of a montane college in Přibram, from which the history of VŠB-Technical University of Ostrava developed. Since that event there will have flown 170 years by January 2019.

In the first half of the 19th century there existed only one school in Austria focused on educating experts in the mining and metallurgy industries - the Academy in Banské Štiavnice. Over the long term its level decreased and the school became more often an object of criticism. The Austrian government began to intensively deal with this problem, because with the development of science and technology and the onset of the industrial revolution it was necessary for qualified workers to occupy important positions. The result was the foundation of a montane college in Vordernberg in the year 1829. The way to begin teaching was long, and lectures only began in the year 1840.

At the same time efforts were made in Bohemia to improve the state of the Czech mining industry. Proposals dealt not only with founding a separate mining directorate, the adoption of a new Mining Act, the requirements for modernizing mines, but also the foundation of a mining college for higher administrative staff and for miners. The main mover of these initiatives was the person of Count Kašpar Šternberk, who in his memorandum from the year 1820, among other things formulated his idea about the future layout of an upper-level school. It was probably the first time that the idea came about placing such a school in Přibram, which during the given period was a significant mining centre. Iron-bearing deposits and ironworks were in the immediate vicinity.

Although the Viennese government began to deal with the proposal initially, the will to implement it was not forthcoming and all activities soon ceased. The proposal was revived again in 1842, but this time the whole affair failed unsuccessfully. The difficulties were not only in clarifying the issues of financing the new institute and locating it, but most of all there was a procrastination due to bureaucracy.  In order to fulfil the 1829 proposal another two decades had to elapse.

Paradoxically the political events of the revolutionary year 1848 helped to do so. The result was that the Mining Academy in Banské Štiavnice began to be closed for students of a non-Hungarian nationality and there was a danger that the school would introduce Hungarian as the teaching language. In April 1848 an article was published in the National Papers issued by Karel Havliček Borovský, in which the public was informed about the situation at the academy in Štiavnice. In the following May article there was an appeal to found a mining academy in Přibram. In this section there was the concept of a new school prepared by Czech and Slovak students. According to which the theoretical part of the study should be passed at a university in Prague and a two-year practical part in Přibram.

The town council in Přibram joined into the issue, which in July 1848 was addressed to Vienna, and called for an acceleration of founding a mining academy in Přibram. The request was also recommended by the Supreme Higher Authority in Přibram, which supported it by arguing about the dominating significance of mining and metallurgy production in the Czech lands and the lack of qualified personnel. At the same time they submitted a specific proposal for founding the academy in Přibram, which should be determined for students from Czech and Austrian lands.

In the middle of May 1848 the national conflicts between the students went too far, and released 133 Czech and German students from school. Lectures had to be interrupted and consequently completely cancelled. The situation had to be dealt with quickly by the central Viennese authorities. The most probable solution was the establishment of a substitute school. Besides the foundation of the school in Přibram, the establishment of a mining academy in Eisernerz, Austria was also considered. Another of the proposals was the concept of two apprenticeship schools in Přibram for students of Czech nationality, and in some Austrian areas for German students. In order not to interrupt the study of the students who left the Academy in Štiavnice, a provisional solution was created. In August 1848, Montane College in Vordernberd was removed from the Styrian State Assembly, nationalized and taken over by the Department of Public Works, that is the Austrian State. A mining and metallurgical school year was set up at the academy so the students from Banské Štiavnice could continue their studies.

The political atmosphere of the year 1848 seems to have caused the Viennese authorities to abandon their unnecessary bureaucratic demands this time and the need to analyze the suitability and usefulness of setting up a montane academy. During the autumn months of 1848 preparatory proceedings took place in which it was decided to set up two new montane study schools. The Emperor of that time Franz Josef 1 was staying in Olomouc, where the Habsburg family escaped to from fear of the revolutionary storm. Here on January 23, 1849 the sovereign signed a decree to establish two equal state montane academies in Přibram and in Leoben, Austria, where the original Vordernberk school was transferred to.