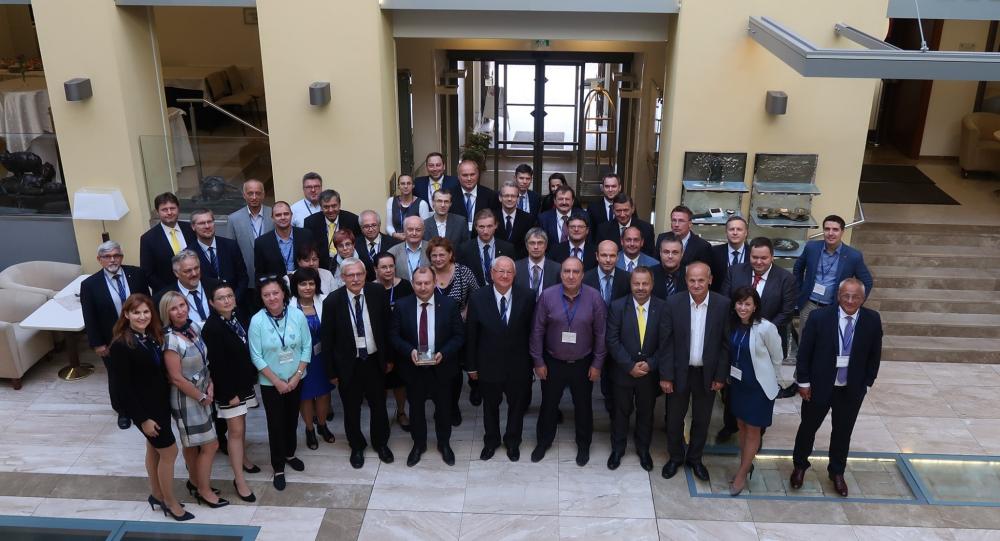 The delegation of the Faculty of Mechanical Engineering, VŠB-TUO, headed by the Dean, Professor Ivo Hlavatý, participated as in previous years at the event called SESIA 2019. The meeting of representatives of Czech and Slovak mechanical faculties was hosted by the Faculty of special technology, Alexander Dubček University of Trenčín.

Exchange of experience, sharing up-to-date information as well as a debate on the problems that most engineering faculties across the Czech Republic and Slovakia deal with. This was SESIA 2019, attended by representatives of 12 technical faculties. Among the major topics were the ever-decreasing interest of young people in engineering fields, as well as the ongoing accreditation of study programs.

Dean of the Faculty of Mechanical Engineering VŠB-TUO, prof. Ivo Hlavatý, shared with his counterparts interesting figures, including the number of admitted students, whose decline is not so fundamental despite the ever-decreasing demographic curve. On the other hand, foreign students apply for Ostrava engineering eight times more than eight years ago and today the number is approaching 300 students. The representatives of the Faculty of Mechanical Engineering of VŠB-TUO also showed off many scientific and research achievements, as well as award-winning campaigns that seek to improve the image of the faculty and engineering not only in the eyes of potential applicants.