Success at the YAA Competition 2019 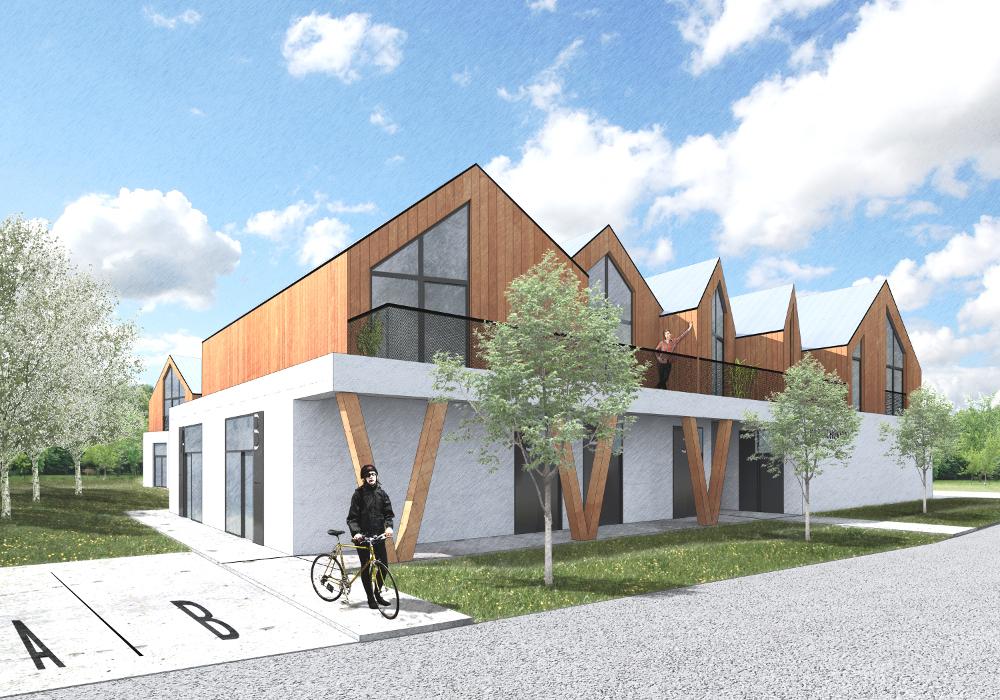 Young architects Ing. arch. Roman Osika and Tomáš Čech (the Department of Architecture at the Faculty of Civil Engineering VSB-TUO) have received the Public Choice Award at the competition of Young Architect Award 2019.

The competition Young Architect Award is aimed at students and architects under the age of 33. The competition took place for the 11th time and this year´s topic was rental housing.

Ing. arch. Roman Osika and Tomáš Čech were awarded the prize for their architectural design of “Roofs above Prachovník” (see the visualization of their work in the picture above).

The aim of the competition is to include the young authors into designing and creating a good quality living surroundings, to introduce architecture to general public and last but not least to encourage public debate about architecture.

We congratulate the authors and wish them plenty of success!