The last of them was acquired as part of modernization and enlargement of the supercomputer Anselm. It was presented in early October and was named Barbora. IT4Innovations was one of the topics we were discussing with professor Ing. Tomáš Kozubek, Ph.D., the scientific director of the center.

First of all, could you explain to our readers what a supercomputer actually is?

Supercomputer is actually a great amount (even thousands) of computers which are comprised of the most modern processors and memories. Those are stored in a bunch of boxes with blinking lights and interconnected via a very fast network. The boxes with the individual computers are complemented with further boxes, e.g. those with data storages. The interconnection and cooperation of the particular parts create computing power and capacity which exceed the regular computers by many times.

You have already mentioned the latest supercomputer. Can you present us all the supercomputers you have here in IT4Innovations?

Our very first supercomputer Anselm was put into operation in 2013 and was named after one of the first black coal mines in the Ostrava region. In 2015 it was the supercomputer Salomon which was the 40th most efficient supercomputer in the world when launched. Its name refers to another mine based in Ostrava as well as to baron Salomon Mayer von Rothshild who is strongly connected with the region and the mining industry. This year we have acquired a specialized system for artificial intelligence calculation called NVIDIA DGX-2.

The system comprises 2 very efficient processors and 16 most modern video cards which are again interconnected through an ultrafast network. It is much smaller than the rest of our supercomputers and it would easily fit even onto an office desk. In early October we have modernised the computing systems and extended the supercomputer Anselm, which will gradually be eliminated, by a new system named Barbora – again – another black coal mine from the Ostrava region. The acquisition of the supercomputers was possible thanks to the successful projects within the OP VaVpI and OP VVV programs as well as the program for supporting Large Research Infrastructures in the Czech Republic.

It is interesting that you are gradually going to eliminate Anselm. What is going on during the process and what is happening to such a supercomputer?

The process of disconnection, dismantling and recycling of the individual parts usually takes place in cooperation with the suppliers of supercomputer technologies. Most of those technologies gets useless after 6 or more years of running. Nevertheless, initially an analysis is made which shows whether at least some parts can further serve for computing needs in universities or data centers. Alternatively, some parts may serve as e.g. displays in technical museums.

Does the fact that VSB - Technical University of Ostrava owns a supercomputer or a couple of them make the university special?

Each university disposes of a lesser supercomputer which is used mainly for the university’s own purposes. Our university is special for the fact that by means of the National Supercomputing Center IT4Innovations it operates the biggest and most modern public computing systems in the Czech Republic and provides access to those modern supercomputer technologies to scientists and researchers not only from Czech universities and research institutions but also from companies.

Supercomputers are used in diverse scientific areas, the most common example is weather forecast. They are also applied in designing new materials, in the process of developing and optimization of new products and production processes, development of new medicaments etc. They enable us to better understand extensive complicated systems and predict their further development e.g. in economics, spreading of epidemics and natural disasters. In general, the supercomputers come in useful in areas where it usually would be impossible, very expensive or time-consuming.

What are you using the supercomputers for? Does every one of them has its specialization and utilization?

We have diverse supercomputing technologies which are suitable for various problem fields and their possible solutions. For instance, systems or their parts accelerated by video cards can be mentioned. They are primarily suitable for computing of artificial intelligence, visualisation of scientific data and rendering.

The non-accelerated parts are suitable for general use and with their use, experts from IT4Innovations solve various optimization tasks concerning mechanical engineering e.g. efficiency optimization of pumps and turbines, optimization of electric motor cooling, development of digital twins and projects of cranial orthosis with optimal parameters. In the field of nanotechnology we focus on designing new materials, development of special surfaces for nano-optics as well as modelling and projecting of nanocomposites. In IT, it is the analysis of big data with the use of artificial intelligence applied e.g. in medicine, logistics, modelling and prediction of emergency situations, Smart Cities, Smart Grids, network security and sciences about the Earth.

For instance, let’s have a look at a neural network which helps the computer to automatically learn how to solve one specific task without being explicitly programmed to do so. The learning process can be described as follows: the computer is presented an adequately large training group of inputs and corresponding outputs (for instance a set of images of magnetic resonance with the indication whether or not the image contains the finding of the specific disease). As a result, a computer program is created which is capable of diagnosing the findings on the images. Thanks to this approach, the computer is often able to relatively quickly learn how to solve diverse problems with a great level of accuracy. However, the bigger the precision we require, the bigger the training group we need (more inputs and outputs). Simultaneously, demands concerning the computing output grow as well and it is here where supercomputers play their important part.

How do you see the development of supercomputers and artificial intelligence in the future? Can we say that we have reached the peak of technological progress yet?

As I mentioned before, artificial intelligence can be found almost everywhere, still lots of people have the fixed idea of robots which think and speak individually – as they know it from the whole bunch of sci-fi movies. Something like this is still sci-fi even today, so no, we have definitely not reached the peak of technological progress yet.

Nevertheless, the field of supercomputers has given rise e.g. to development of alternative technologies which one day can significantly exceed the current ones, namely the quantum computing. Those represent a promising concept for performing calculation and solving complex computing tasks based on principles of quantum mechanics. 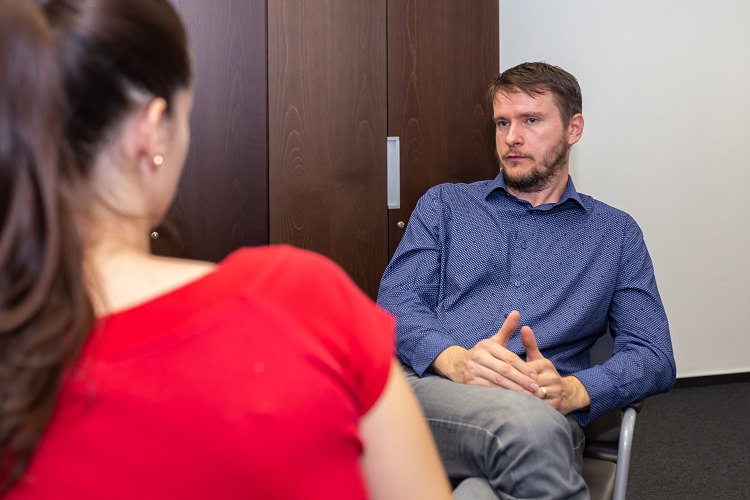 We often hear that Europe lags behind the USA and Asia in the development of supercomputers. What is the current situation?

The most efficient supercomputers in the world are ranked in the ranking list top500.org and currently the first five are in the USA and China. Roughly 25 percent of the total supercomputing capacity is installed in America (mostly in the USA), 53 percent in Asia (mostly in China and Japan), and 20 percent in Europe. The European Union is aware of the fact that investing in supercomputers brings technological and economic superiority; therefore, the EU decided to use the Joint Undertaking EuroHPC and thus significantly strengthen its position and ensure the establishment of the most efficient European supercomputers which can be compared with those from the United States or China.

In 1998 you passed your finals at the Faculty of Electrical Engineering and Computer Science in VSB - Technical University of Ostrava. How do you think back on these times?

My choice was Applied Mathematics within the study program Informatics and Communication Technology because I was keen on maths and informatics ever since the secondary school. I also graduated as a doctoral student there. I can definitely recommend a current study program Computational and Applied Mathematics to anyone interested in solving difficult tasks in science and industry. I devoted my research to methods enabling effective parallelization of various engineering problem fields with the help of supercomputers such as finding solutions to extensive contact tasks of mechanics and friction.

Are there enough experts in the IT field? Many employers think this is not the case, they claim the field still lacks specialists.

I agree. New and prestigious research centers such as Continental, Siemens or Porsche grow in the Moravian-Silesian region as well as in Ostrava. Also, we have new IT companies – all of it thanks to the great expansion and a broad applicability of supercomputing technologies and artificial intelligence. The demand for experts to work in such centers, companies and universities grows constantly.

The National Supercomputing Center IT4Innovations is based in Ostrava. Do you think Ostrava has already become a city of information technologies?

Many enterprises specialised in heavy industry have finished their business in the last decades and thus new opportunities have arisen for companies and research centers focused on IT technologies. The expansion of this sector is supported not only by VSB-TUO, but also by the authorities of the Moravian-Silesian region. IT4Innovations also significantly contributes to this trend because thanks to our national and international activities (e.g. participation in many international projects of the program Horizon 2020 as well as membership in prestigious European organisations) and services we provide in the field of digital innovations, we are well known not only in the Czech Republic but also in Europe.