Anselm supercomputer from Ostrava is departing for Silicon Heaven 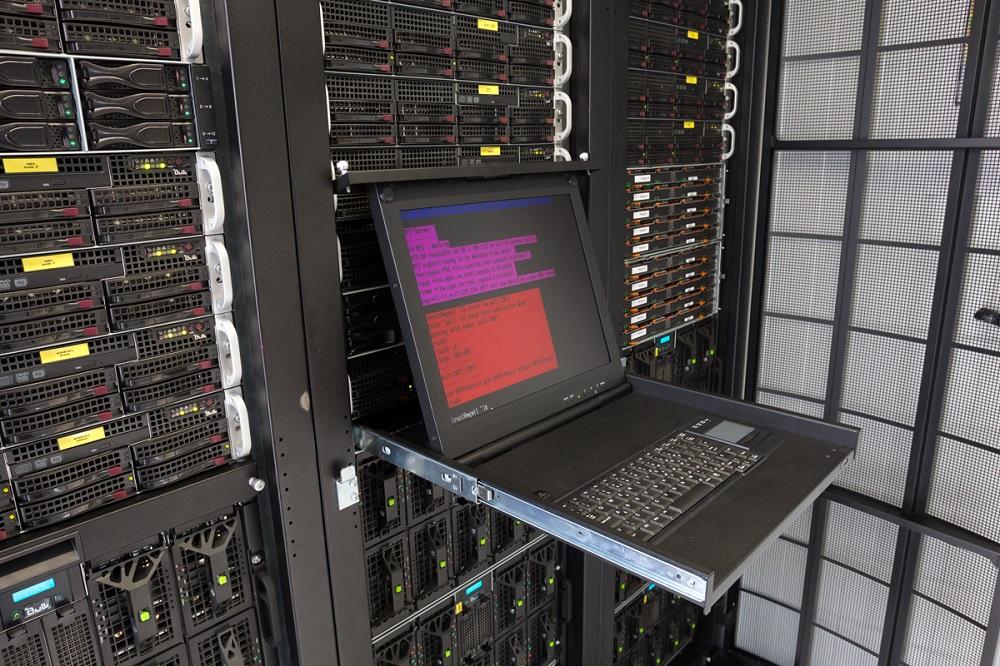 It has been more than seven years since the very first supercomputer was launched at IT4Innovations National Supercomputing Center in Ostrava. The Anselm supercomputer, from the company Atos, was launched in 2013 and has since then had its computational resources available for Czech and foreign scientists.

During its operation, more than 2.6 million computing jobs were run on it in 725 research projects in fields such as material sciences, computational chemistry, biosciences, and engineering. At the end of January, its operation permanently ceased. However, it will find another application as part of the World of Civilization exhibition in Dolní/Lower Vítkovice.

The Anselm supercomputer provided by Atos ceased its operation at the end of January. It was the first ever system at IT4Innovations National Supercomputing Center. For the first 3 years it was placed in makeshift containers on the campus of VSB – Technical University of Ostrava, and was subsequently moved to the data room of the newly constructed IT4Innovations building. In fact, it has been put into operation twice, which is not the case for every supercomputer. The supercomputer was named after one of the first deep coal mines in Ostrava, which was named by its owner, Salomon Mayer von Rothschild, after his son.

Although Anselm is leaving the IT4Innovations data room, it will not end up on the scrap heap. The supercomputer will find further application in the World of Civilization exhibition, which is to open in April 2021 at the World of Technology installation in the Lower Vítkovice area. Anybody will thus be able to take a closer look at it.

“Anselm has done a really huge amount of work at our centre, performing a large number of calculations within interesting projects and thus being a support for the research community in the Czech Republic. Every time something old ends, something new begins, and so while Anselm is heading to an imaginary Silicon Heaven, its successor, the Barbora supercomputer, is in full force and serves our users," says Branislav Jansík, the IT4Innovations Supercomputing Services Director. "At the same time, I am very happy that Anselm will find a new use in the Lower Vítkovice area, and so while users could only virtually connect to it, all visitors will be able to literally touch it," adds Jansík.

The function of Anselm at IT4Innovations was taken up by the Barbora supercomputer, which was officially launched in October 2019 and, like Anselm, was supplied by Atos. The combined theoretical peak performance of Barbora, which is built on the BullSequana X HPC architecture, is over 800 TFlop/s, nearly 9 times more than the now outdated Anselm supercomputer, which had 94 TFlop/s.

"In its time, Anselm was unique and helped IT4Innovations and thus the whole of the Czech Republic to be incorporated on the (Road)map of Europe's most important research supercomputing centres. We are pleased to have made this contribution to the development of science and research at both the national and European level," says Jaroslav Vojtěch, Head of the Big Data Group at Atos.

IT4Innovations National Supercomputing Center at VSB – Technical University of Ostrava is a leading research, development, and innovation centre active in the field of high-performance computing (HPC) and data analysis (HPDA). IT4Innovations operates the most powerful supercomputing systems in the Czech Republic, which are provided to Czech and foreign research teams from both academia and industry. Together with the CESNET and CERIT-SC institutions, IT4Innovations constitutes e-INFRA CZ, a strategic research infrastructure of the Czech Republic. It currently operates four supercomputers — Anselm (launched in the summer of 2013, 94 TFlop/s), Salomon (launched in the summer of 2015, 2 PFlop/s), Barbora (launched in the autumn of 2019, 849 TFlop/s), and NVIDIA DGX-2, a specialized system for artificial intelligence calculations, (launched in the spring of 2019, 130 TFlop/s ando 2 PFlop/s in AI). In 2021, a petascale system Karolina with a theoretical peak performance of about 15.2 PFlop/s is to be launched within the EuroHPC Joint Undertaking project. The key research areas of IT4Innovations include big data processing and analysis, machine learning, development of parallel scalable algorithms, solution of computationally demanding engineering problems, advanced visualization, virtual reality, modelling for nanotechnologies, and material design.  For more information, see www.it4i.cz.