Karolina has succeeded, twice, in the TOP500 list of the most powerful supercomputers in the world 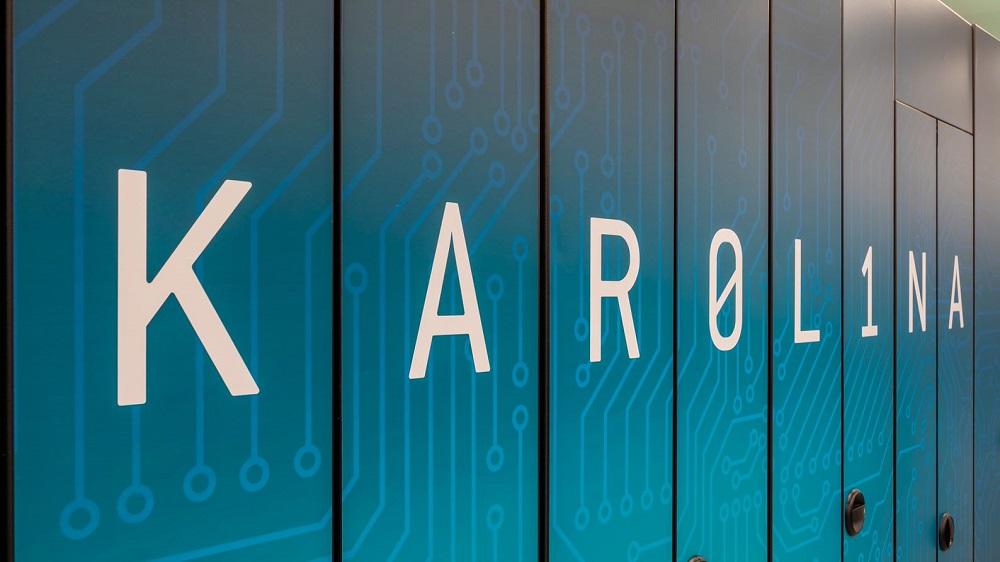 The Karolina supercomputer located at IT4Innovations National Supercomputing Center has ranked 70th in the TOP500 list of the most powerful supercomputers in the world.

With its two computing parts, Karolina has ranked even twice in the list, namely 70th and 149th. In Europe it ranked 19th and in the Czech Republic it confirmed its dominant position as the most powerful Czech supercomputer.

On Monday afternoon, the eyes of all supercomputer fans were literally glued to the announcement of the results of the TOP500 list, which determines the ranking of the most powerful supercomputers in the world. The TOP500 list has been announced since 1993, twice a year - in late June at the ISC International Conference in Germany and in November at the Supercomputing Conference in the USA. Especially tense moments were experienced this year at IT4Innovations National Supercomputing Center in Ostrava, which has sent its hot iron in the fire - the Karolina supercomputer – to the competition.

With its accelerated part designed, for example, for artificial intelligence computations with its theoretical peak performance of 6.048 PFlop/s, Karolina has ranked 70th. Designed for more general types of computations, the non-accelerated part of Karolina with 2.837 PFlop/s has ranked 149th. Karolina will find its area of application in, for example, the material and drug design, climate change research, and digital twin simulations. For industrial companies, it will bring unique technologies and opportunities for innovation that can save them significant amounts of money.

"During the announcement of this year's TOP500 list we witnessed a rather rare moment, with not only our Karolina but also several other supercomputers having been ranked twice. This is due to the fact that the launch of the performance tests is done separately on the accelerated and non-accelerated parts. However, if we had combined the two tests, we would have probably ended up in the top 50," said Vít Vondrák, the Managing Director of IT4Innovations National Supercomputing Center.

"I am happy about Karolina's position in the TOP500 list of the most powerful supercomputers in the world. It has become a more powerful supercomputer than, for example, Pleiades, which belongs to the American NASA. However, for our users, for whom Karolina is intended and who are Czech and foreign scientists or industrial enterprises, the ranking is not so important. Karolina will bring them state-of-the-art technology with a peak theoretical performance of 15.2 PFlop/s," adds Vondrák.

Acceptance tests of the Karolina supercomputer are currently underway in the data hall of the supercomputing centre in Ostrava and will be completed by the end of June, after which the first users will try it out in a test run.

Karolina is not the first Czech supercomputer ever to be ranked in the TOP500. In 2015, the Ostrava Salomon supercomputer with its 2 PFlop/s theoretical peak performance was ranked 40th. However, after six years there is no more space left for it in the ranking. Just as all electronics become obsolete, so do supercomputers. Salomon is therefore counting its last jobs in the IT4Innovations data hall, and its operation are to be ceased this year.

The procurement operation of the EuroHPC supercomputer is jointly funded by the Czech Republic and EuroHPC JU, through the European Union Connecting Europe Facility and the Horizon 2020 research and innovation programme. The procurement of the supercomputer was funded by the OP RDE project entitled IT4Innovations National Supercomputing Center – Path to exascale, project ID: CZ.02.1.01/0.0/0.0/16_013/0001791.

IT4Innovations National Supercomputing Center at VSB – Technical University of Ostrava is a leading research, development, and innovation centre active in the field of high-performance computing (HPC) and data analysis (HPDA). IT4Innovations operates the most powerful supercomputing systems in the Czech Republic, which are provided to Czech and foreign research teams from both academia and industry. Together with the CESNET and CERIT-SC institutions, IT4Innovations constitutes e-INFRA CZ, a strategic research infrastructure of the Czech Republic. The first supercomputer installed at IT4Innovations was Anselm (94 TFlop/s, installed in the summer of 2013), the operation of which was ceased at the beginning of 2021. At present, IT4Innovations is thus running three supercomputers: Salomon (2 PFlop/s, installed in the summer of 2015), Barbora (849 TFlop/s, installed in the autumn of 2019), and the specialized NVIDIA DGX-2 system for artificial intelligence computation, (130 TFlop/s and 2 PFlop/s in AI, installed in the spring of 2019). Moreover, the brand-new petascale Karolina supercomputer with a theoretical peak performance of 15.2 PFlop/s is to be installed at the centre in 2021 as part of the EuroHPC Joint Undertaking becoming the most powerful supercomputer in the Czech Republic. The key research areas of IT4Innovations include big data processing and analysis, machine learning, development of parallel scalable algorithms, solution of computationally demanding engineering problems, advanced visualization, virtual reality, modelling for nanotechnologies, and material design.  For more information, see www.it4i.cz.